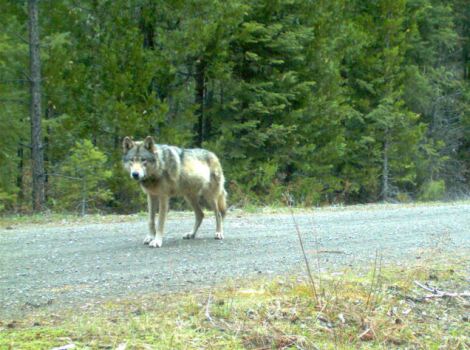 OR7  – dual citizen of California and Oregon (:

Even though, officially, there are no known gray wolves in California, the state extended endangered species protection to canis lupus today. This is critically important, since the USFWS plans to rubber stamp a national wolf delisting plan, removing all federal protections for wolves in the lower 48. Without state protections, wolves across the country will face tremendous risk.

Gray wolves are subjected to persecution in Montana,Idaho, Wisconsin, Minnesota, Michigan, even Washington and Oregon, where they remain listed. Wyoming wolves, until recently, could be shot on sight in 80% of the state. Last week, US District Judge Amy Berman Jackson,  placed Wyoming wolves  back on the Endangered Species List. Her ruling was the result of a lawsuit challenging the state’s faulty “wolf management” plan, specifically the predator zone, where wolves could…

One thought on “It’s Official: Wolves Are Protected In California!”

This WordPress.com site is the cat’s pajamas

NO KILL ADVOCACY FOR ANIMALS

Exploring the animal-human relationship from socialist and anarchist perspectives

your weekly nature and travel blog

Working together to make the world a better place to live! A fine WordPress.com site

In memory of Marius, the murdered giraffe and others like him

Because we don't have the luxury of being single-issue

Straight from the Horse's Heart

A Spiritual Ride through Love, Loss and Hope

Blogging for the Gray Wolf